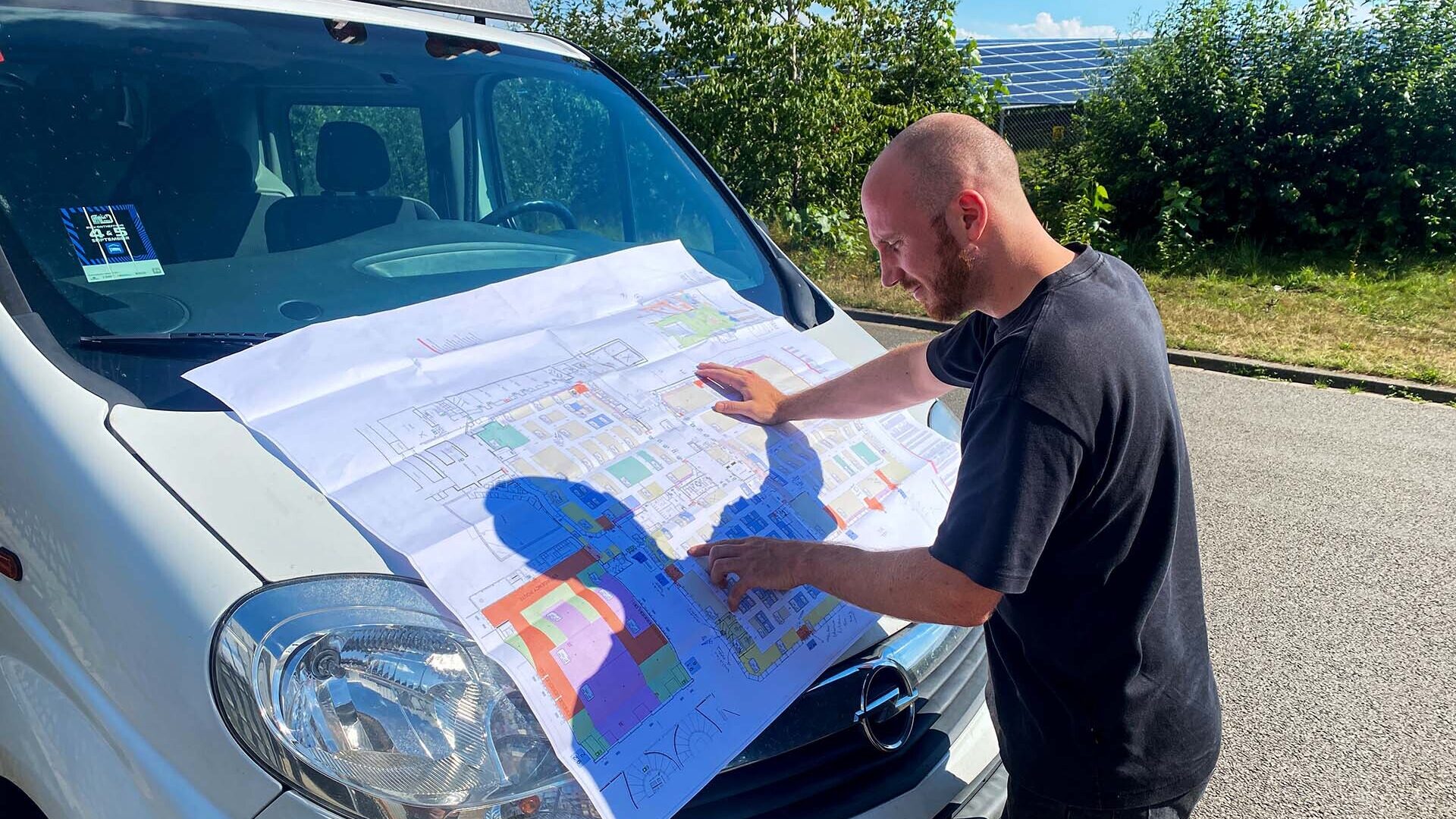 Commitment, flexibility and teamwork are some of the qualities of our crew. Unlimited Productions offers the creative and technical expertise to make your event memorable and effective. Because you might not know all the faces behind Unlimited Productions, we’d like to introduce the team to you, one by one.

Next up: Brandon Slootweg

Hi! Who are you and what’s your role?
Hi! My name is Brandon Slootweg, age 32 and living in The Hague. In my role as a Project Manager at Unlimited Productions, I’m responsible for overseeing the whole progress of a project.

How did you end up working with Unlimited Productions?
That was quite a special start. I met and got to know Olivier better during a project in which we were both involved from different roles. Subsequently I got to know Bart and after a number of good conversations about ambitions and the future I joined.

Can you tell us a bit about your day?
No day is the same, but that is of course recognizable in this industry, and also something that fits me perfectly. At the moment we are preparing two projects that will take place soon. As a result, I can be found in the office fairly often behind the laptop to answer emails, make plans, adjust the budget, or talk to the team or the customer. During this preparation period, we also occasionally visit locations for a site visit or to discuss matters with the customer or supplier. When we have completed the pre-production, it’s time to put on the Meindls and the production starts on location, that’s exciting!

What makes working for Unlimited Productions great?
The team is extremely driven to deliver productions at the highest level and therefore also does amazing productions both national and international. This is very appealing to me.

What makes Unlimited Productions different from other technical production companies?
Everyone has their own distinction and at Unlimited Productions you notice that there is a lot of attention to deliver the best and highest achievable, on the principle of having fun. In addition, attention is also paid to the team, so that the expected production load is carefully examined and a dedicated team with sufficient people is therefore specifically planned for each production. There is also room for development and further exploration of how productions can be made even better, in some cases with support from technological developments.

What has been your favorite Unlimited Production so far?
Since I’ve only just joined Unlimited Productions, it’s a challenge to name the most favorite one so far. In the past period I have been able to participate in some great public events and at the moment I am preparing a special sporting event that I am very much looking forward to. I really like the fact that we work in a broad range of event types. Will you ask me again in a year?

What do you do in your free time?
When I am free I love to go into the mountains to climb or go on an alpine trip. That is something I want to do more in the coming years. The goal is to set up a small campervan so that when there is time between productions we can jump in and drive off. Now I have to admit that currently a bit more hours are spent on work, since there is a lot to do during this period.

What inspires you?
A lot to be honest. Meeting new people, working with them and deep conversations are clear sources of inspiration for me. In addition, I also follow athletes, entrepreneurs or other people who do or say interesting things that you can bring into your own life.

What is one word that you would use to describe your team (or our company)?
Dedication

What’s the most memorable event you’ve ever been to and why?
For me this remains the time that I have worked in Australia, mainly Sydney. This made a deep impression on me. Here I was allowed to be part of a number of stadium shows and also played a role in the Sydney New Year’s event. I’ve learned and experienced a lot in a very short time there.

What are the best and worst things that happened during a production?
Haha this category naturally includes a number of things that you would rather not share ;), for example things that do not go well in the run-up to production or show. It always works out in the end, that’s the best thing about it.

If you could choose any show or production, what would be the one you would like to work on?
A world tour, whether that is a major sporting event or a concert tour of an artist. I am also interested in working abroad for a (longer) period of time. Those are examples of productions and environments where things are just that little bit different, and that challenge seems really cool to me. Traveling, a different culture and language are also an extra addition.

Please come up with a question for your colleague that we will interview next.
How much has the event industry changed recently, and how has this affected you?