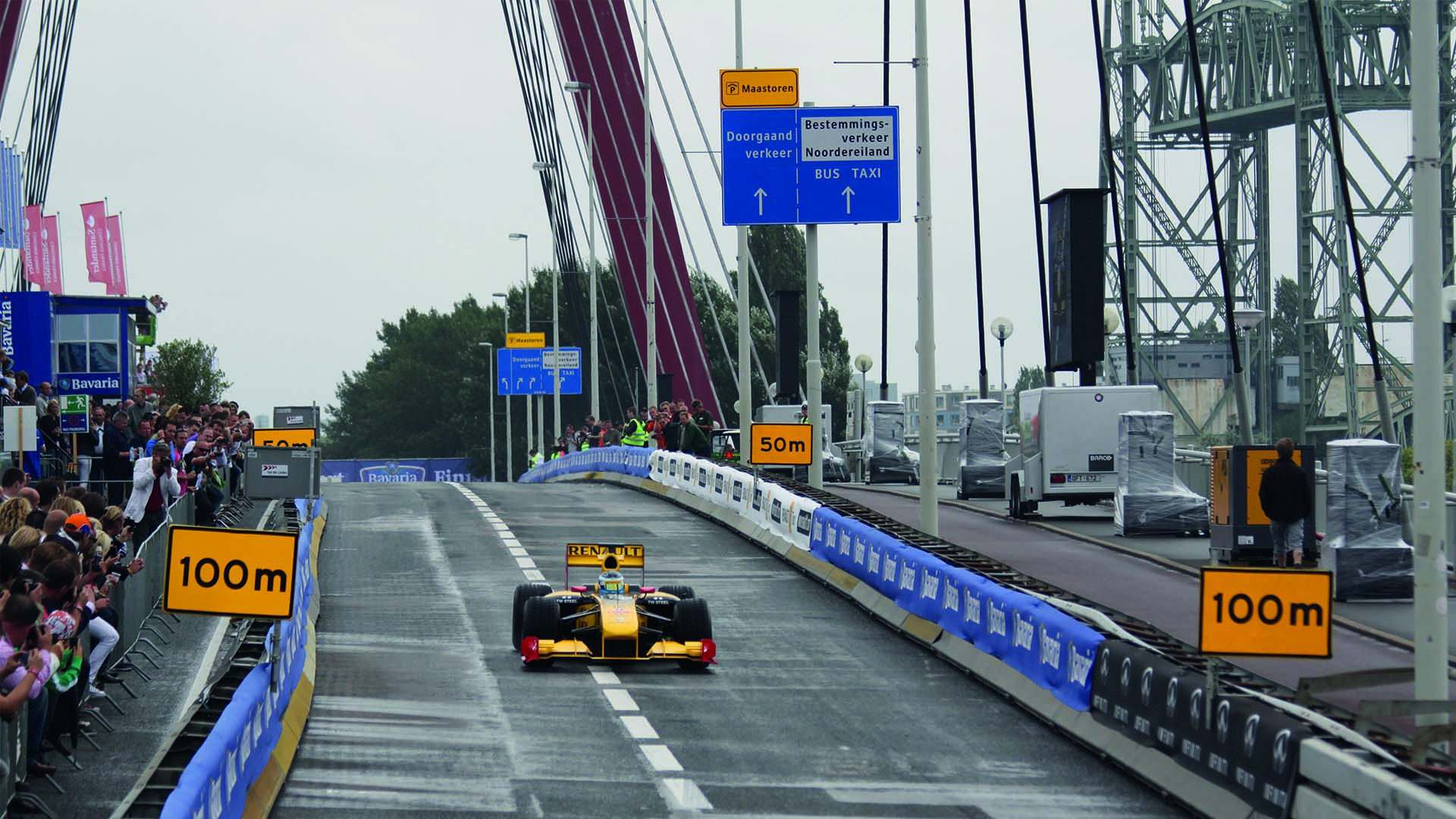 From 2005 until 2009 we were responsible for the technical production. Since 2009 we were also responsible for the entire logistic coordination on top of the technical aspect. Each year we managed to convert the centre of Rotterdam in several phases into an F1 demonstration circuit (parcours itself only 24 hours in advance). The production consisted of many types of technology, an enormous amount of wireless screens, hundreds of thousands of visitors and for a few years a TV broadcast. Several F1 teams have participated, for example Max Verstappen and his Redbull team.