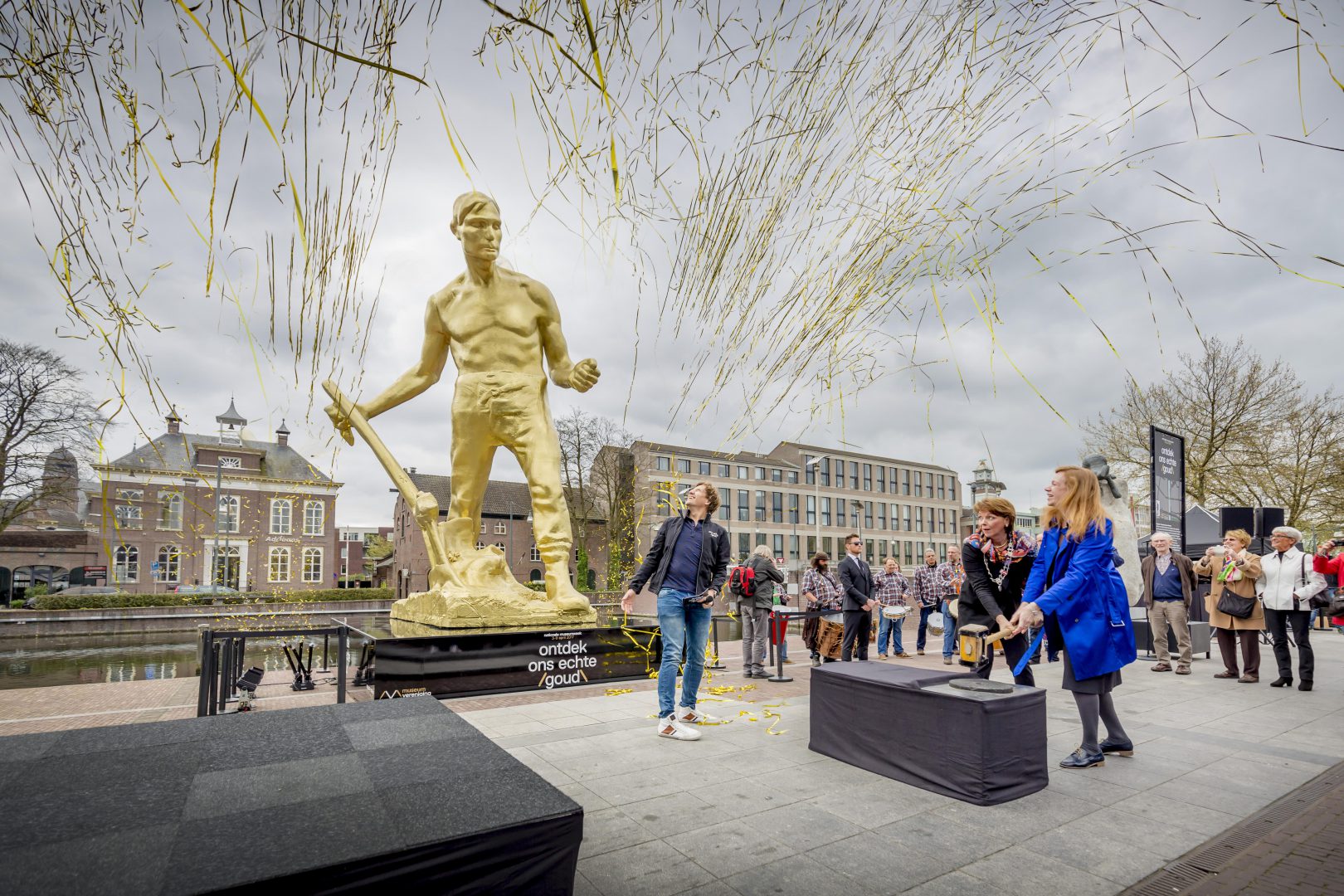 For the third year in a row, we were responsible for the technical production of this great event on behalf of Xsaga. This year, three locations in the Netherlands were selected by the Museum Association to show ‘the real gold’ to the public.

In Dordrecht, a ‘Letter box’ was placed on the Statenplein. The letter case was realized by a 7.8 mm LED screen with a size of 5×8 meters, placed on a layher chair and finished with decor. Public could send a message to the screen by means of an iPad. In Assen a holographic projection was realized in a 9 meter dome construction in which the ‘Girl of Yde’ appeared. In Helmond ‘De Ploeger’ was enlarged to a golden showpiece of 10 meters high, composed of a black steel and foam construction.