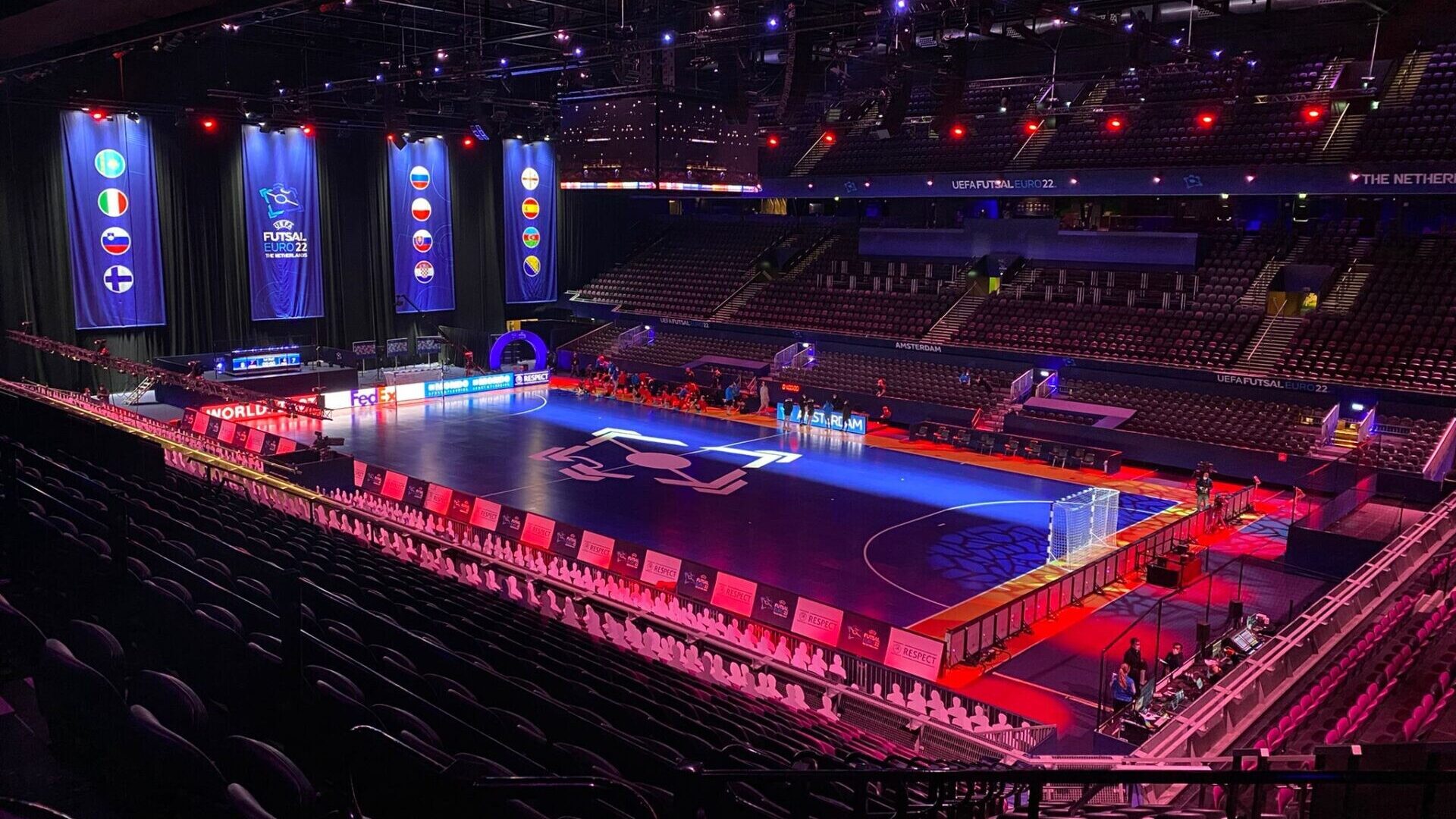 With the final match of UEFA Futsal EURO 2022 that ran from 19 January to 6 February at Amsterdam’s Ziggo Dome and Groningen’s MartiniPlaza, a great tournament came to an end. Portugal won this final for the second time in a row and retained their trophy by beating Russia. For this Championship, commissioned by the project team of UEFA Futsal Euro 2022, we were responsible for the production which has been a great experience. For the first time the Championship was hosted in the Netherlands. To relive this special event, we captured our production activities in a timelapse video.
Thanks to KNVB and all partners and suppliers involved for the nice cooperation.
Swipe / Scroll to view more
Back
CONTACT US
E-mail
Call