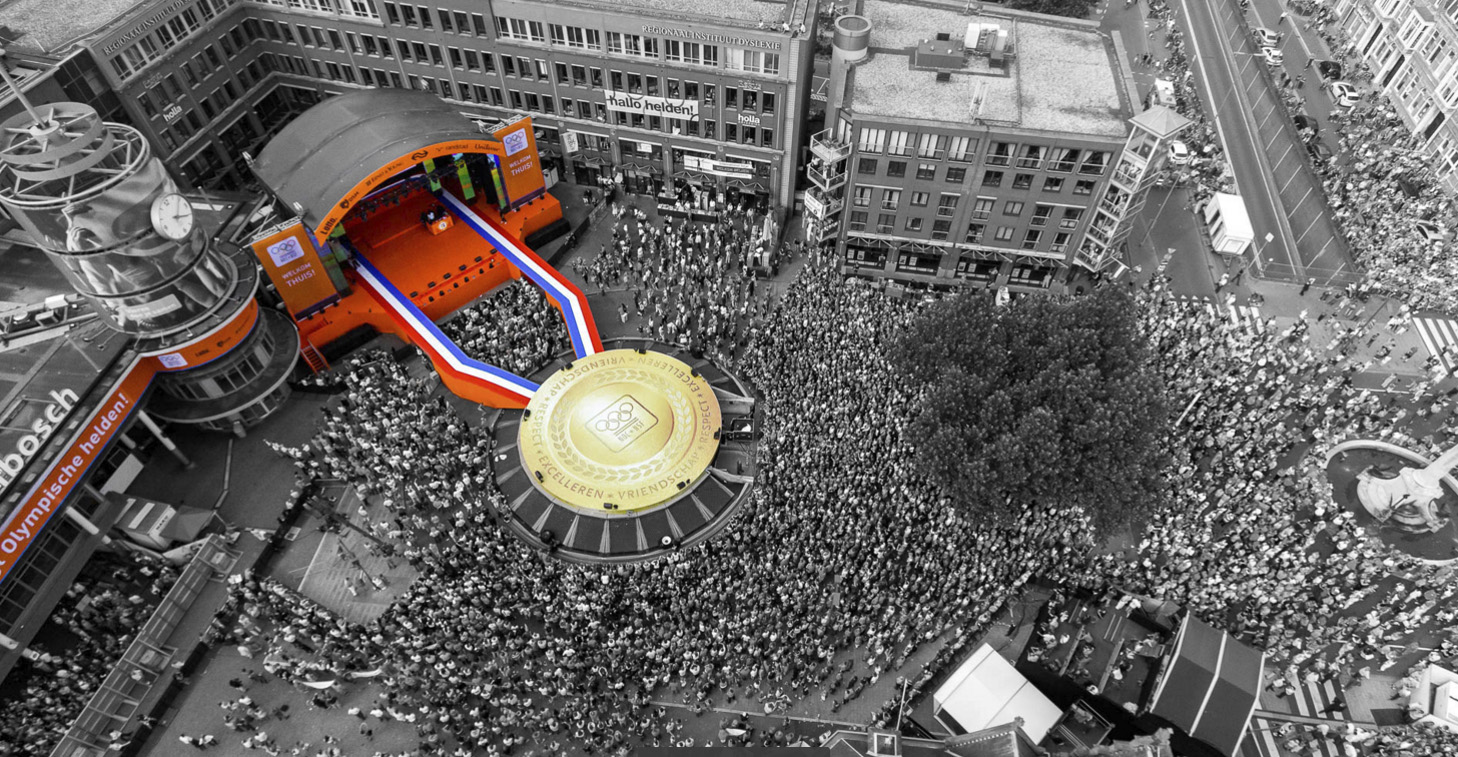 On Monday August 13th, the Dutch Olympic team returned from London. The nearly 200 athletes arrived at the station square. They were welcomed by around 15,000 fans. The podium was placed along the Central Station with a smaller podium in front formed as a gold medal. Our client Kumpany asked us to facilitate the technical production for this festive event.