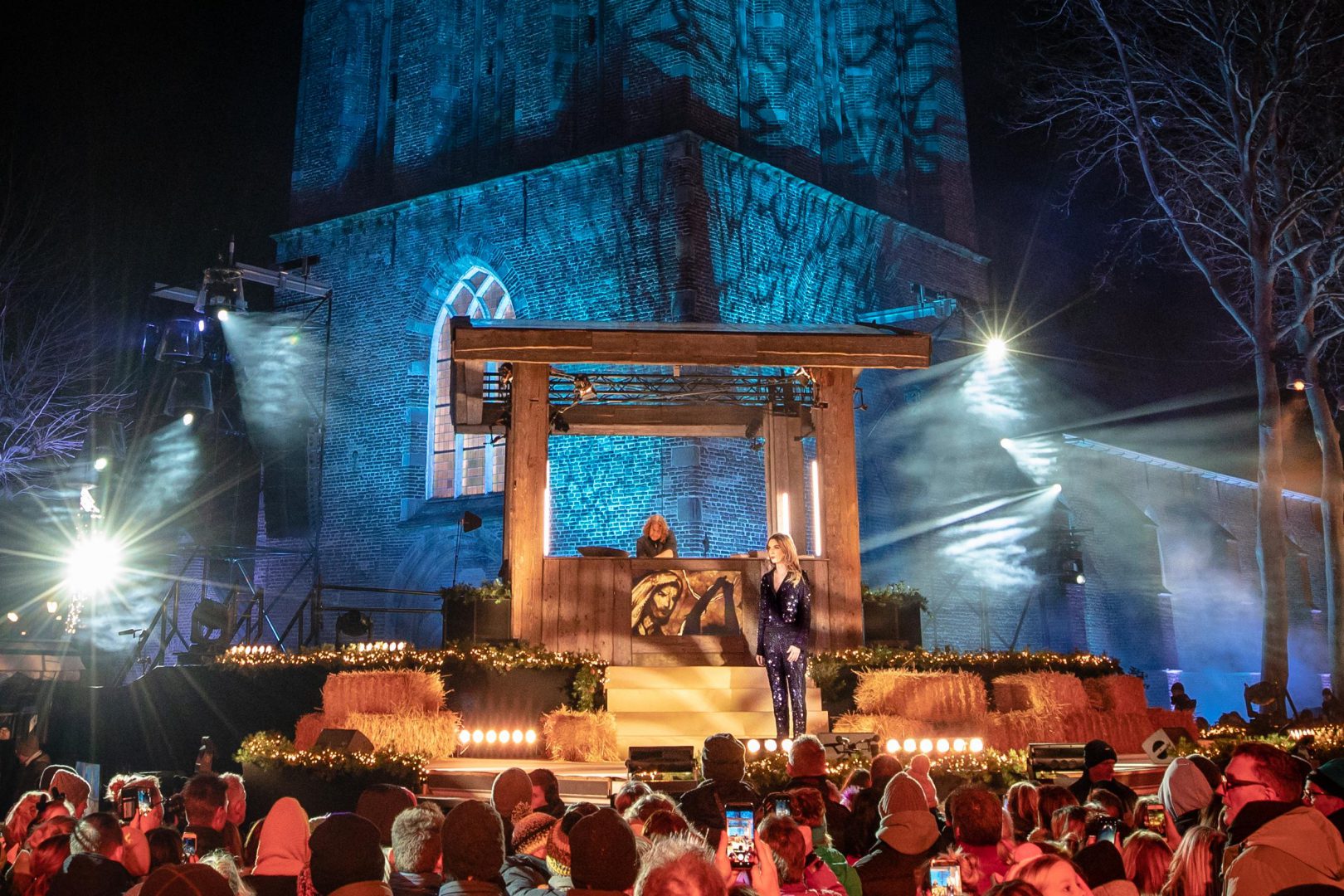 Thousands of people came to the decorated city square to listen to the Christmas story narrated by several Dutch celebrities. This story was accompanied by artwork drawn live in sand (by Gert van der Vijver), which was then projected on several screens across the square. The special part of this production was the fact that it was a combination of a live event and a recording for television broadcast by KRO-NCRV.

In collaboration with The Media Brothers we were responsible for the entire technical production.